Mr and Mrs Odiah were already late for the dinner party. But they couldn’t help it because they were waiting for the babysitter to arrive. Little Ola couldn’t be left all alone. No. Not after their long agonizing years of being without a child.

Immediately as the bell rang, Mrs Odiah reached for the door. It opened for the babysitter, who was absorbed listening to music on her iPhone. Yanking the earphone off the youngster’s ears, she pulled her in and said, “You’re late.”

Together the couple drummed their instructions. Of course, care for their precious little girl was on top of the list. “Please ensure that she lacks nothing,” “Make certain you don’t let her out of your sight,” “You’ve our lines; please call if you sense anything wrong.” And off they went.

Still asleep, Little Ola was lifted from her bed and placed on one of the cushions in the sitting room. With the tot closer now, the babysitter smiled to herself for thinking up the plan. No unnecessary walking about, she concluded. Still enjoying the sensationally beat of Makosa booming from her earphone, she decided to fix herself something to eat for she had also been given the liberty to feed from whatever was available.

The beeline to the kitchen was all dancing and humming.

Shortly after, Little Ola woke up. She wondered what had just happened—where she was mattered all a sudden. Momma wouldn’t leave her in such an odd corner of the house. Hating that she was yet to speak, she immediately got down on fours and scanned the room. No one was present. Not even the babysitter.

She whimpered. No response. The doors around didn’t even creak. Crying was the next option. She raised her voice and the door leading out to the balcony opened. The surprise was inviting.

Cackling, she began crawling towards it. A few centimetres away from her starting point, she paused to observe the black piano to her left. 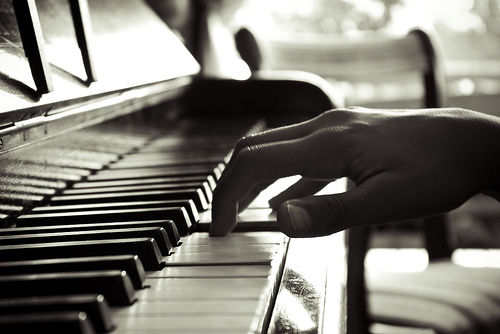 Whenever Poppa sat behind it, he would enchant the moment with the symphony of sounds. And Mama would smile broadly if she was listening. But where was he as well?

A cool wind whispered; its touch the most gentle, prompting Little Ola to rise to her feet. And it felt entirely new, pleasant, with a greater view. She managed to thrust her legs—her very first few steps, but came down on fours again. How tender her hips and joints were hardly mattered as she continued toward the open space ahead. She remembered how Momma would carry her up in her arms and while they were outside, she got to see the world below. Well, it could be Momma’s voice in the air calling out to her, urging her to walk like she would.

Outside, Little Ola smiled at the stars and moon above—a brilliant company who gleamed back at her in loving appreciation. The ground below beckoned. A few cars drove in and out the building. Maybe if she got up and past the cement railing, she would climb down and see the world for herself.

With this thought, Little Ola worked her way to the top with the aid of a reclining chair next to the cement barrier.

Could it be a mirage, a lure that brought her to such a vantage point? From the dangerous safety of the curved slab, everything below began to move or so it seemed. The more she looked, the more she got dizzy. Air charged at her and she almost slipped, immediately bringing the offending hand back in. Confused, she began to cry again turning from side to side with the hope that someone would come to her rescue. Gravity turned evil. From the ground, its unseen hands prodded repeatedly at her, teasing her childish senses to let go of herself.

The dangerous sight was the last thing Mr and Mrs Odiah expected upon driving in, but then luck could still be within touching distance if they acted fast. Quickly, they both abandoned the car the moment it came to rest. With the woman in front, the pair dashed into the building. They raced up the stair calling out to their own, their precious, their beloved.

They busted into their home only to behold Little Ola standing beside the piano, listening to the dying sound of music on the piano.

23 thoughts on “ANGEL ON THE PIANO”